In some parallel universe, Mekons are huge rock stars. They’re worshiped for their legacy as first-wave Brit punks and adored for spending four decades evolving into something else entirely. Their hodgepodge of influences, from the Sex Pistols and Balfa Brothers to George Jones and King Tubby, only add to their popularity, and the one-time Leeds-based socialist collective are both recognized and respected as transformative pioneers.

It’s a nice thought. One that the band’s shamefully small legion of fans and advocates know is far more deserved than their status as perpetual underdogs. 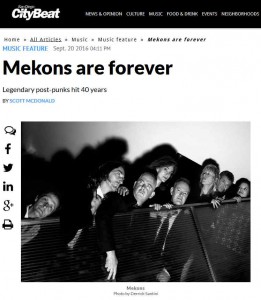